The final week of Fringe Fest left us with some of our favorite pieces we’ve seen. This year, Fringe was absolutely incredible. We saw so many amazing things across all genres. We’ve had many people let us know that they didn’t know what this was and we are so happy that people are out there and exploring these works of art. Next year’s Fringe Fest needs to hurry up already! 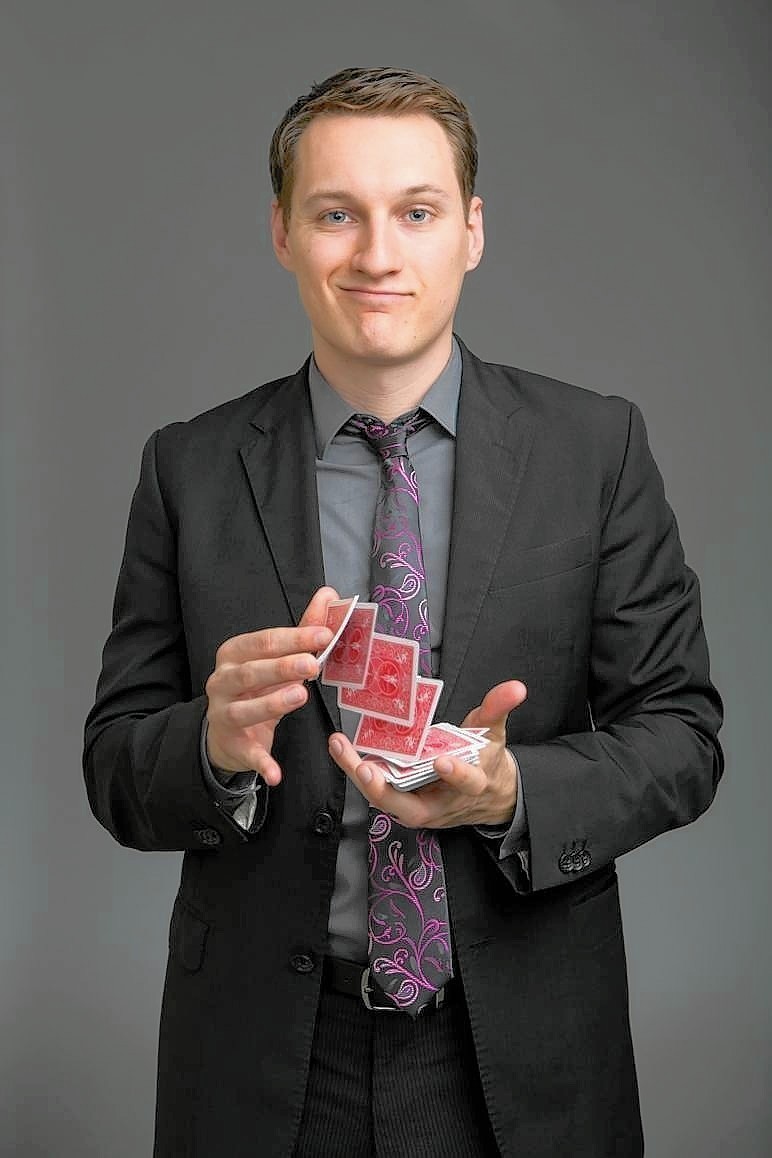 Russell: Earlier in the Fringe Festival, Mike had seen this and his fun, non-spoilery description of it really excited me. I already had a ticket for a later performance. Everything he said was positive and the fact that he hinted it was an old-school style “back to the roots of magic, magic show,” really intrigued me. Once I saw it, the show immediately became one of my Fringe favorites.

Nick Paul is a performer of immeasurable charm. His skills in magic are of the highest standard, but there’s an even more important skill on display here – the ability to touch your heart. This is classic magic. For some of the routines on display, you may recognize the trick, even think you know what the outcome will be… the strength here is all in presentation and style. The card reveal is slightly different than you expect, the chosen word appears in the one location that is impossible to figure out. Through it all, Paul is a gleeful, exciting guide that just wants you to feel wonder.

Spending a night with Nick Paul is like spending a night with one of your favorite friends. He knows cool stuff that you don’t, he’s willing to share but knows when you really don’t want to see every secret, and he’s just goofy enough to always make you smile. As Mike described in his review, the magic here is presented with genuine, almost child-like excitement. Nick Paul’s inclusion of memories from his childhood growing up, including some home movies, anchors the show in a heartfelt manner that is only a disappointment when the show must come to an end. Seriously, no one wanted to leave. This show lifted my spirits, it made me laugh, it made me think. The only question I had at the end was when and where can I see him perform again? 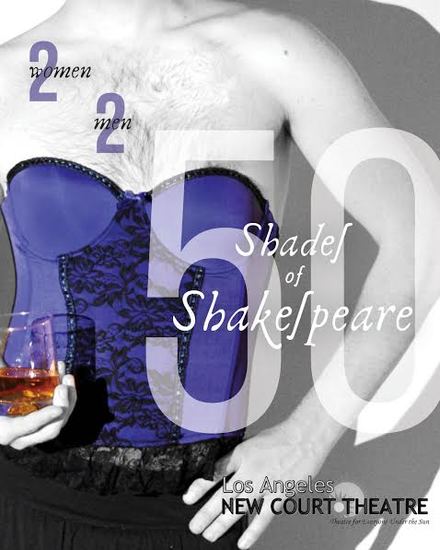 Russell: A clever idea, this show manages to take a “greatest hits” approach to some of Shakespeare’s most famous scenes and delivers fast-paced, insightful performances in a tight 45 minutes. Featuring an energetic, sexy young cast, the concept here is simple. The show guarantees that you will get multiple scenes of Shakespeare, but the hook is that the roles are cast by audience members drawing names out of a hat. The night I went, the balcony scene from Romeo and Juliet was performed by two men, MacBeth was a woman with male witches toiling nearby. A seduction scene and murder plays out between two women when it would normally be portrayed by a man and a woman. Sure, it seems like a gimmick but there is more than mere trickery going on here. The interesting thing about all of this is how the dynamics of power in each scene change – drastically. Sometimes there was a playful wink to the audience, sometimes things turned deadly serious. Either way, the cast was game and threw themselves passionately into every moment. By reversing expectations for scenes we are familiar with, a chance is created to see new shades to the words we may have dismissed before. There is clever, intriguing stuff going on here. This is a theatre company to watch and I can’t wait to see what they do in the future. 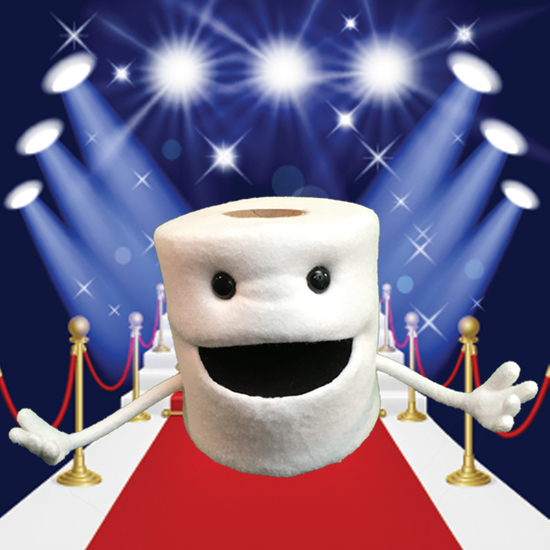 Russell: Puppeteer/show creator Grant Baciocco and his musical director/co-creator John B. deHaas make the most of a simple concept. Let’s meet Toiley T. Paper, an up-and-coming celebrity here in the showbiz capital of the world with stories to tell about life, career, personal struggles and triumphs. Oh, by the way, Toiley is a rather adorable, fast-talking roll of toilet paper.

Mike: This brings “toilet humor” to a whole new level. The banter between Toiley and John is like a late night talk show. I kept picturing I was in the audience of The Tonight Show starring Toiley T. Paper. I don’t remember a time when I laughed so hard. I had tears in my eyes and my face hurt from all the smiling and laughing I did.

Toiley talked about issues about being a roll of toilet paper, the inspirational message of Van Halen’s “Jump”, and even took questions from the audience.If that wasn’t enough, there was also a special guest that comes out and does impressions!

Russell: The jokes come fast and funny and Toiley is, beyond a doubt, absolutely charming. There is improv fun with the audience, as well as a song or two to warm your heart – or other areas of your body. This is silliness of the best kind… slightly naughty but never mean-spirited. Toiley just wants us all to have fun… in the end.

Mike: This was one of the highlights of my Fringe Fest. Unfortunately, due to time, schedules, and where they live, this show only happened twice during the entire Fringe Fest. I hope they are able to come back to the area soon. Either way, be on the lookout for Toiley and John! You will not regret going to see them!

Mike: Russell was able to see this before I did and wrote about it in our last article. Everything he said is 1000% agreed upon. I LOVED this show so much.

When I first read about this show on the Fringe website, the name “Houdini” instantly stood out. I wasn’t sure if it was a magic show or a story that had magic in it. Well, it is story, and what a story (and storytelling) it is! The instant Daniel Llewellyn-Williams takes the stage, his presence is felt and you are instantly captivated. From that moment, until the end of the show, your eyes do not leave him. He puts a wonder spell on you that leaves you fascinated, sad, cheerful, and triumphant.

The story is such a powerful one that you can’t help but to have traveled back in time to see these visions alongside him. You could smell the water, hear the machines, feel your heart stop when his arms and fingers got too tired. This is the kind of storytelling that brings you back to your grandfathers lap, eyes and ears wide open and mouth ajar just waiting for what comes next.

Russell: Mike knows my love of all things magic and Houdini-related and the kid-like wonder such shows can bring up in me. It is something we have in common. After I saw it and told him how much I liked it, he even kidded with me, “Hey, it says “Houdini” in the title, of course you liked it.” Well, I ran into Mike not long after he finished watching this show… the look on his face said it all. He understood my enthusiasm.

“Visions” is the word Mike used and I think that is appropriate. Daniel Llewellyn-Williams uses words like some artists use paint. He creates – vividly – the vision of the adventure he takes you on. This performer transports you through time and asks you to recall pieces of your own life when you may have a been a bit bolder, more adventurous, and he shows you that just because you grow up does not mean you have to lose the wonder of being young.

Mike: If this show comes near you, it is a must see! I can’t wait to see this one again if I have the opportunity. 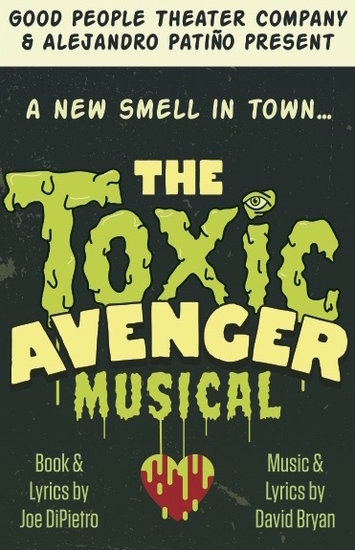 Russell also wrote a GREAT piece on this one already, but wanted to throw in my two cents because it was the one I was most excited about seeing. I grew up watching cheesy b-movies and The Toxic Avenger was definitely on that list. I love the series and I love what Troma puts out. The only thing missing from this were the nudity and blood (classic staples in any Troma movie), but it did not take away from it at all. The songs were hilarious, the actors were very funny and because of the…”seriousness” of this musical, they played their parts perfectly.

Being from the East Coast, I’ve been to New Jersey many times and the songs and the signs and the way they portray it was spot on. I can’t wait to see this one again. The Toxic Avenger Musical is something that does tour, so you might be finding yourself in Tromaville sooner than later!