“There’s a storm on the horizon. Won’t you come inside?” That was the invitation just a few months ago from The Speakeasy Society. But, this is a different night, and the second chapter in the journey called The Kansas Collection. Tonight, “The Axe” falls. And, yes, it is storming outside. We were told to remember something…”There are no wrong answers… Only consequences.”

Russell: The mood is perfect. Heavy rain drenches Hollywood, giving it an eerie vibe. Business lights reflect oddly off the wet pavement as I walk to an address I was sent in an email… a message warning me that I was going “undercover” tonight and if I choose to reveal my loyalties I should do so with utmost caution.

A dimly lit entryway, the standard procedure of checking in was followed by receiving a number which I stuck in the center of my chest. I was a recruit, and I needed to be identified.

A freight elevator took us to the next step of our journey. Inside it, the overhead light bulb flickered erratically, making it feel like we were entering a horror film. Was that real or was it a clever device to get us in the mood?

Mike: I thought the exact same thing! That flickering, borderline strobe light, added to the dark and “underground” feel of this expedition. Going undercover to gather intel. I had my notes in my mind ready.

Russell: We entered a makeshift lounge area. A greeting room? Perhaps. Around the room there were visual clues as to the purpose of the evening. Quilts adorned every wall and covered each window. This was, after all, a gathering for the “Patchwork Resistance.” The quilt is an obviously warm and welcoming symbol, something you can wrap yourself in to feel safe, perhaps. Sewing machines stood like soldiers against one wall. On one, somebody had cleverly written the saying “You are what you sew.” 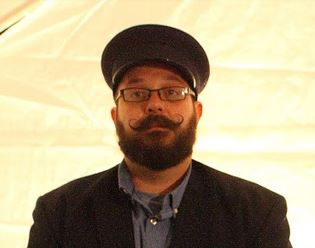 We were welcomed by a delightful man named Lyman (John Henningsen). He was there to assist us, answer questions, if we had any. We did. However, when you step into The Speakeasy Society universe, things are rarely as they seem. Indeed, we asked questions but rarely did the answers seem to satisfy. The more we showed confusion, the more Lyman reveled in his task of making us doubt and rethink every phrase he said. Our encounter with him had us laughing, but also doubting our own purposes for being there. (At this point, I was just mildly confused. I sensed my friend Jake was actually feeling a little paranoid, though. The show was affecting us as we simply explored the waiting area. Very effective!)

Mike: Lyman was a great addition to that room. He kept guests entertained while they waited as well as answered questions, in character, the best he could. He told us to look around, for there were many things to discover…and we discovered many things that may come in handy in the future. Make sure to look around and read everything you can. 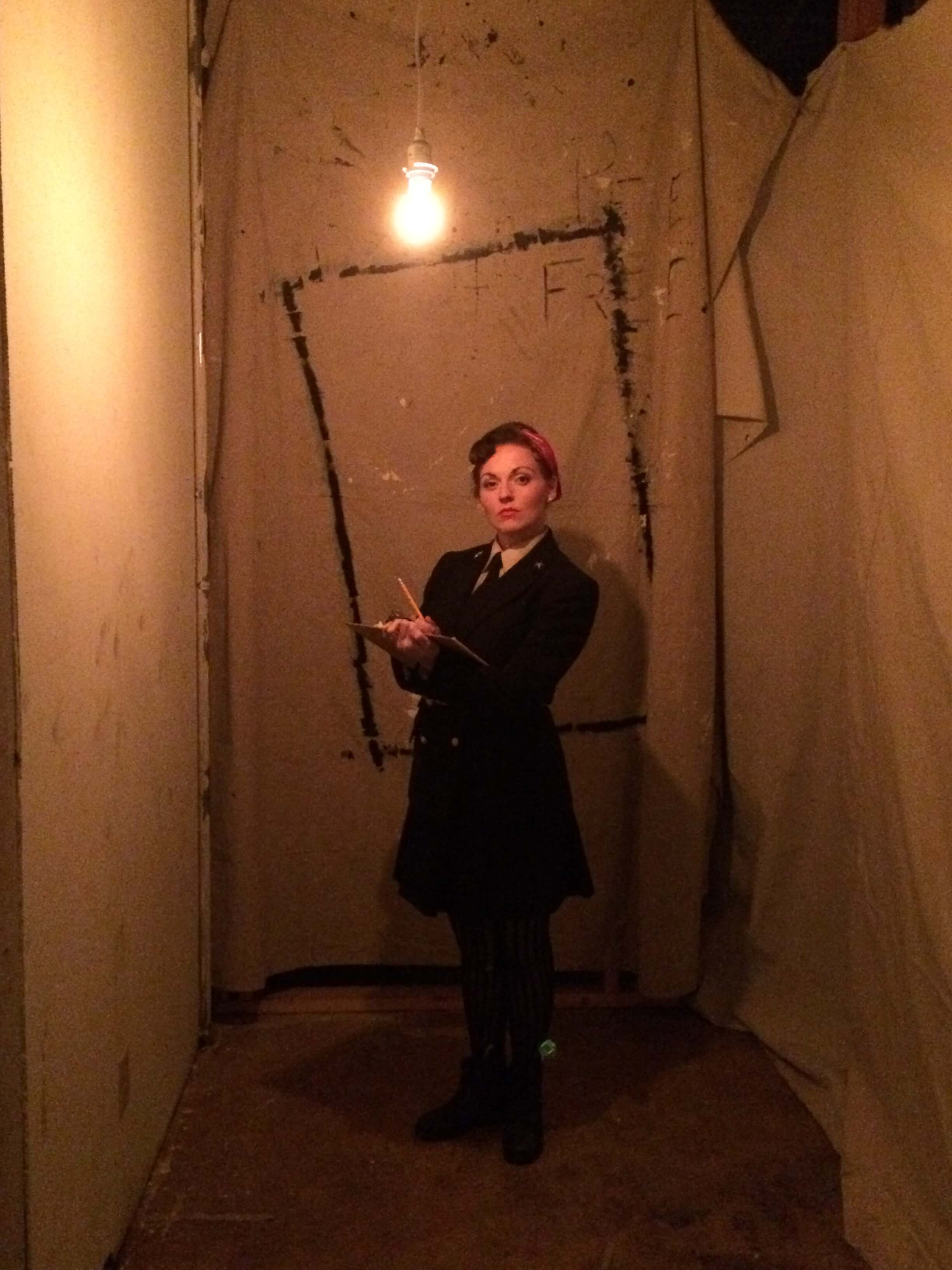 Russell: One point was repeatedly stressed. There are choices and there are consequences to those choices.

Our numbers were suddenly barked loudly by General Jinjur (Christie Harms), a woman dressed in military uniform – small in stature and huge in presence. She instructed us recruits to line up single file, letting us know that she was in charge. A door opened and we were led into a hallway.

The first of the show’s many surprises came from General Jinjur. Immediately, she made it clear that whatever our expectations were for this evening, we were most assuredly wrong in every way. Every statement, every question… we were challenged and judged. At this point, we were a group of three. All three of us know each other, I have mentioned Jake and we were joined by another friend Allison. Jinjur picked up on the friendship and cleverly incorporated this into her line of questioning. By the end of the first scene, she seemed to pit herself against what may be, in her mind, an alliance of friends. It was a very well-played use of information and heightened the intensity of the scene.

Mike: As soon as that door opened and I saw the General come stomping out, I knew we were in for a treat. Right when we were taken to our “lineup”, my excitement turned to fear and worry. First were the “wrong expectations” that Russell mentioned and then, she turned to me and said “Oh, we know all about you Mike.” WHAT??? You see, on a past podcast, I mentioned someone I met during Chapter 1 – The Key. At the time, I didn’t know that The Key would be coming back for more shows and didn’t realize there would be different factions. Well, they (very cleverly) brought that into my story and I instantly felt horrible about it. The last thing I wanted was for this company that I love to think I’m trying to ruin anything. Was I overthinking? Probably, but that was the start of my show and I knew they had my number for the rest of the night.

Russell: I must admit to confusion. I do not say that in a negative way. Her opening statements shook me and I stood there with my jaw hanging open, listening to a brand new take on this universe I had entered. There is no way I can go into detail without spoiling too much. We had been given a narrative in Chapter 1: The Key, and that narrative was absolutely intact. However, Chapter 2: The Axe threw us into a different perspective of what we thought we knew. Can we believe what we had been told previously? Is Jinjur offering us lies, or the truth? Who do we trust?

Mike: Agreed. We are being thrown into a war. Who can we trust? Each side believes they’re right and want the other sides to fall. Tricks, lies, and intimidation are all a part of this now.

Russell: On this night, we were introduced to new members of the forces vying for political power in Oz after the disappearance of Dorothy. There are allusions to a mythology we are all familiar with, perhaps from a movie, perhaps from reading the well known Oz books. But this isn’t your childhood Oz of memory.

Mike: I’m someone who enjoyed the movie as a kid, but haven’t seen it in years. I haven’t read the books (but based on this collection of shows, I want to). For people like me, you can still follow along and when you meet characters you know and remember, it brings a nostalgic smile to your face. 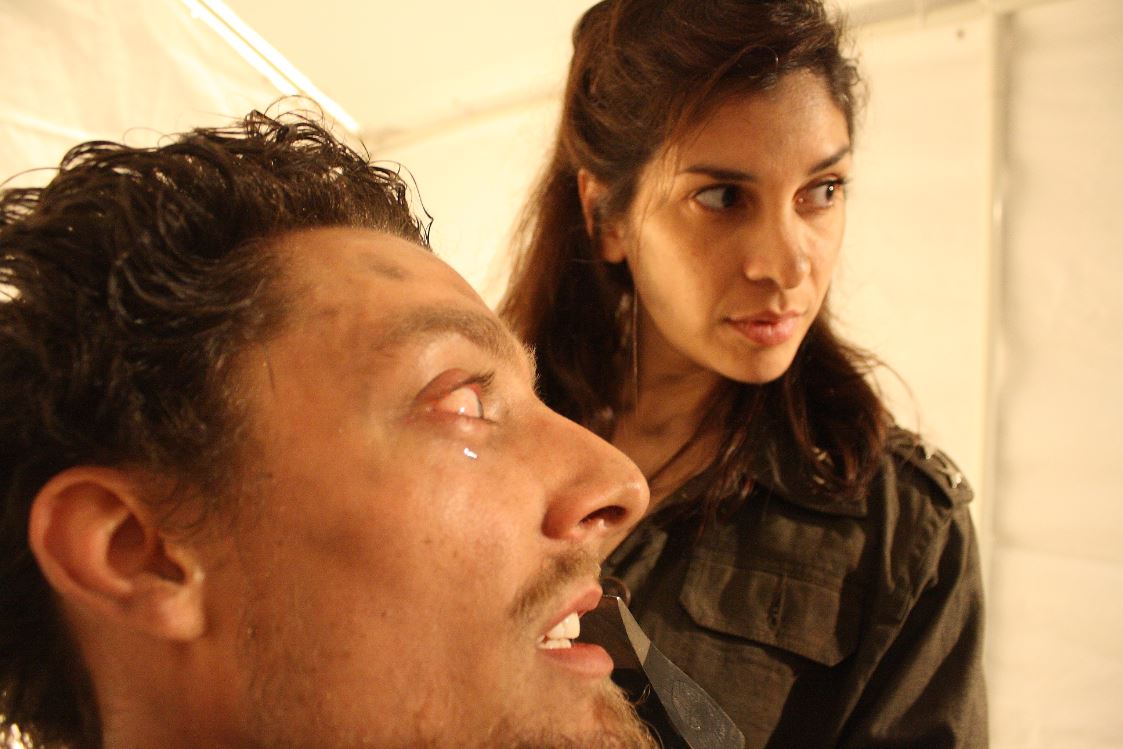 Russell: Some of the characters Mike refers to made an appearance in “The Axe.” We joined Glinda (Natalie Fryman), and she was a wonder to behold. Beautiful? Oh, yes. Powerful? Obviously. However, we met a woman wrestling with her current status obviously hell-bent on reclaiming a past life that offered her more than her current situation. Is she doing this for the good of Oz or for her own selfish desire? We spent a lot of time with her, and to be honest, I’m not sure.

Mike: I’m still unsure what to think about Glinda. She believes she is doing everything for the good of… something or someone. The intimidation and power she displayed in front of us made me excited to see more of her in the future.

Russell: I agree, Glinda was a fascinating mix of intimidation and frustration. Then, we got more conflict from Nick Chopper (James Cowan). Or is this really The Tin Man? He was there, and he bared his heart in a devastating sequence of revelations. An unforgiving Glinda seemed to treat him with disdain, but was this the truth? After all, hearts are complicated things and we saw more than one side of Nick.

Mike: The story Nick told about becoming The Tin Man was heart breaking. His performance was just incredible. The tears, the anguish, the utter sadness he displayed… you felt for him and his story.

Russell: What about The Lion (Jessica Rosilyn), the most devious cat you will ever meet? Stunning in beauty, she appears as a gentle soul but there is something dark bubbling underneath the surface. Pay attention when she is near, I am not convinced anyone is safe around her. If you listen carefully, you may sense a conniving manipulator who offers some very sincere advice. 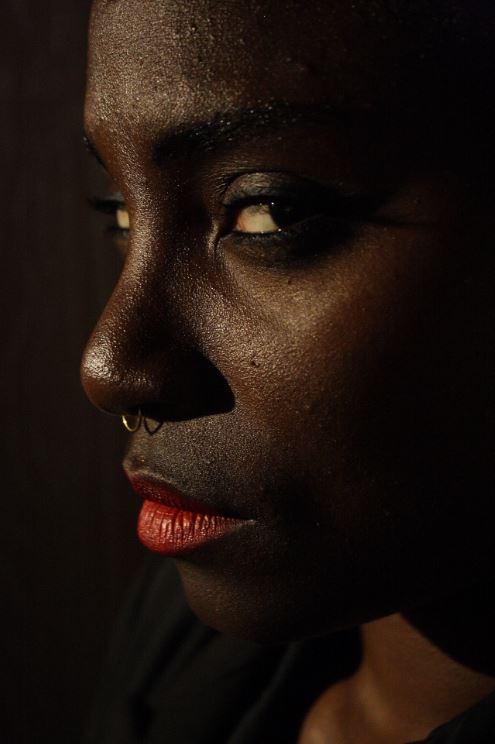 Mike: Speaking with the Lion was so much fun. She was a super smooth talker and someone you wanted to hear more from. Outside of Lyman, she had the only other “fun” personality. It was a welcomed change after what we had witnessed.

Russell: So, what has Speakeasy Society created here? I can think of only one word… a playground. In these two chapters we have been given the foundation of the universe. It is being heavily stressed that whatever choices we make and whatever answers we give to the many questions asked… this will guide our path through this universe. Actually, it’s somewhat intimidating. Every time was I asked a question I had to let go of my feeling that I had to get something right. (Who am my kidding – that’s a mechanism that I deal with every day in my life. Haha!)

Within this show there are hidden scenes, code phrases, names to be remembered, relationships to be embraced or denied, mysterious phone numbers to be called. This is an absolutely wonderful mystery that is unfolding chapter by chapter.

Mike: They have created a world, a world we are all a part of. Everything we do in this world will have an effect on something in the future. I learned the hard way. I apologize to my original alliance and I hope I didn’t wreck anything or have any secrets leak to the others that would jeopardize your plans. I know better this time around and… General Jinjur, and to the rest of the factions, you will NOT be able to get information like that from me so easily next time. I guess when I said you couldn’t trust me, I was telling the truth.

Russell: By the end of the show, it was clear that the reasons we thought we had attended were not true, mostly. What we walked away with, who knows if that is the truth? Perhaps Chapter 3 will reveal even more… or less. 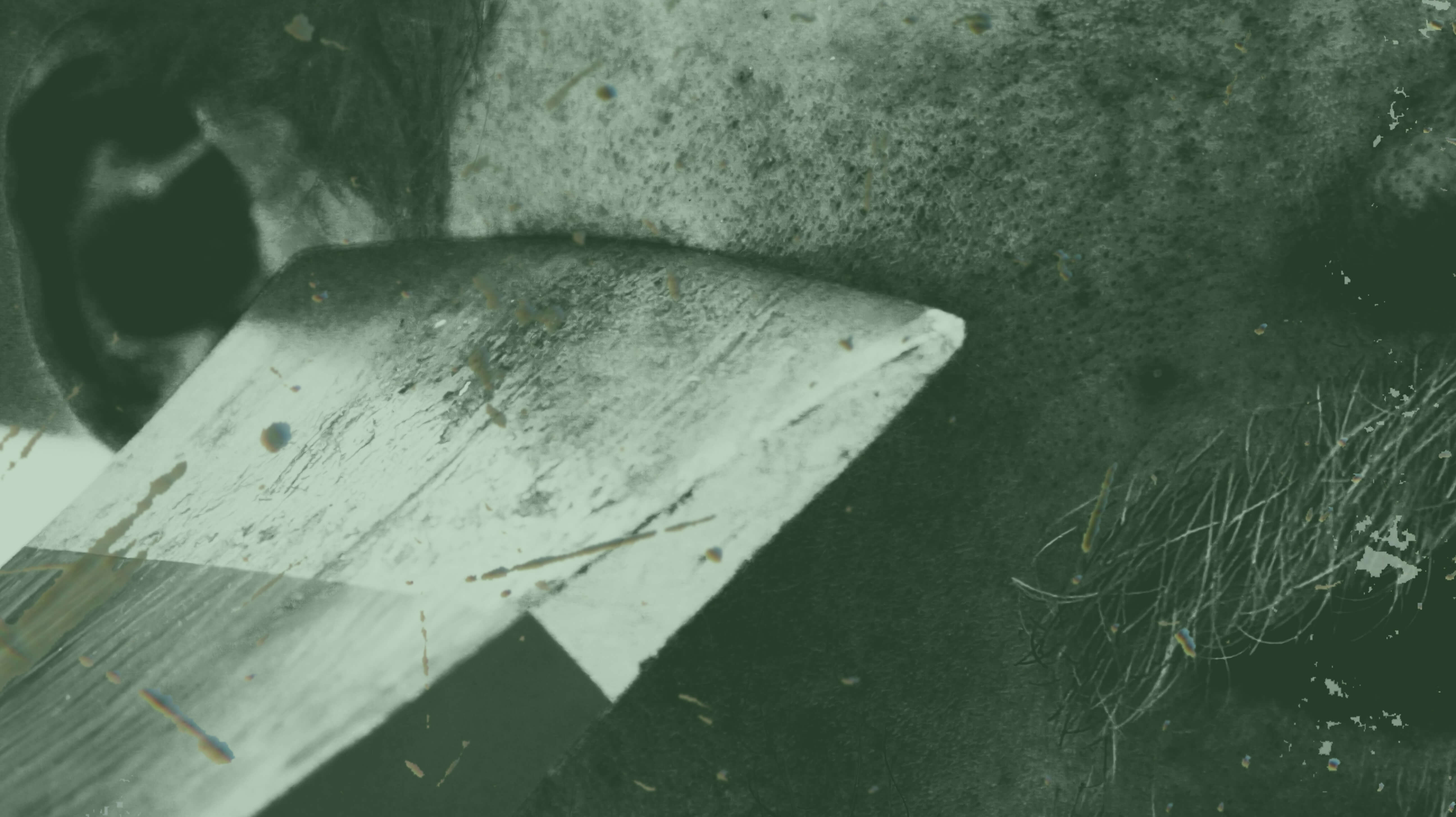 Oh, and one last thought.
Was there an axe?
Oh, yeah. There was definitely an axe.

As of now, there are no dates set for another round of The Axe, but rumors are abound that say these will be coming. Keep an eye on their website, Facebook, Instagram, and Twitter to find out when dates will be added and for future Chapters, as well as other productions.